Eventually, they forgot about Lilith, but how could they? She was someone to remember, a tall, intense girl with dark hair and eyes a little too far apart that could nail you, burn you and do things to you that were, well, unforgettable. 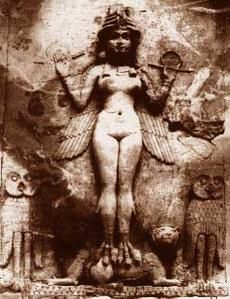 There were wild rumours about her. They said that she used to be a demon, she stole souls, that she could kill people by snapping her fingers.

She was a nice girl, and too clever for her time. How she had ended up with Adam is still a mystery. The man was a loner, from the very beginning. He was nothing remarkable, apart the fact that he was naked, stood up, was unable to fly or even run or swim properly. He had much to do of course.

Some people said he had everything to do, which was a little blasphemous because after all much of it was already there when he came.

She was his match or so he thought. He took her for a tour of the gardenshowing her everything he knew about, and showing off a lot. She nodded in return, and flashed him a quizzical, enticing smile. Perhaps she was trying to be nice. Perhaps she was careful of not ruining their relationship immediately. So they got along pretty well, for a while, and they seemed to settle into a man-and-wife routine.

You could see Adam was happy. He had a real relationship, with a real biped, a real person.

We have to grant him that: So it lasted as long as it could, and longer anyone thought it would last. But how long can a relationship last with a person as spoiled as this one?

He reverted to his own self. He thought he could boss her, as if she was another of these dumb, and still unnamed, animals. But she already had a name. She was the boss in the place she came from.

She already knew all the things Adam proudly pointed to her. No way a simple creature would try to get the upper hand on her. lilirh

One day, Adam woke up and found a couple of asses looking at him like they would have looked to their next of kin. He told the gentle asses to get lost. A quick look at the garden told him she was gone. Her felt despair during a good five minutes, and then thought that a solution was probably on its lillith.

You know the rest. There is as much confusion about where she went as there is about where she came from. But other people reported that she had become a full-time scholarand that.